Bourne is the first town visitor’s encounter when entering Barnstable County. It has the distinction of occupying most of the land through which the Cape Cod Canal flows. Whether traveling to the Cape on Route 3 or Route 495, visitors must pass through at least one of Bourne’s many villages.

English colonists lived in this area as early as 1627. The first free enterprise in America was located near the west end of the land cut of the present Cape Cod Canal. The Aptucxet Trading Post was situated on a piece of land between a creek and two rivers; the Manomet River connected with Massachusetts Bay, and the Monument River connected to a body of water that eventually reached the entrance of New York Harbor and the Hudson River. It was at this trading post that the Pilgrims traded goods with the Dutch colonies from the New York area. And it was here that the first currency in America was developed: it was called wampum and was made from purple parts of quahog shells. A replica of the Aptucxet Trading Post is situated off Shore Road in Bourne Village.

In the 1880s, Bourne became an ideal location for manufacturing. Power was provided by windmills and water wheels, and raw manufacturing materials were available in the region. Finished products could be shipped out on trains or ships. One noteworthy company was the Keith Car Works of Sagamore, which built freight cars. It began work in 1826 and remained in operation for over 100 years. Many houses built by the company can still be seen on both sides of the east end of the Canal.

As the large industrial centers in Massachusetts prospered, the state’s wealthy residents wanted to escape the cities and enjoy the country. They scouted the Cape Cod Canal Region and decided it was perfect for their needs. The cool ocean breezes, sandy beaches and wooded lands made it an ideal summer retreat for the whole family. Over the next few years, many elaborate and expensive summer homes were built in the area. President Grover Cleveland, Shakespearean actor Joseph Jefferson and Boston Globe founder Charles H. Taylor were a few of the region’s famous summer residents.
​
The features that attracted people here over 100 years ago are still present today, including moderate year-round temperatures, sandy beaches with water temperatures conducive to water sports, abundant fishing and shell fishing locations, and wooded areas in which to observe and enjoy nature. It is an excellent region to use power and sailing vessels both large and small. No matter what your interests are, Bourne is the place to be for a day, a week, or a lifetime. 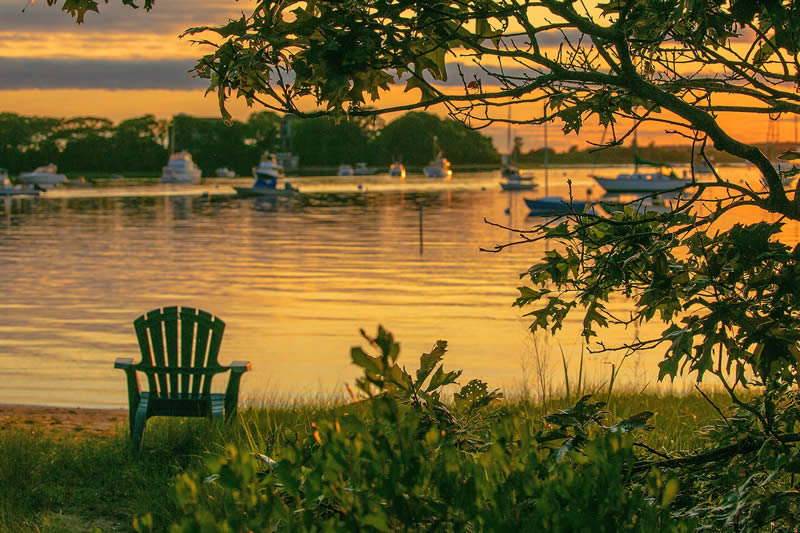